Last week’s article focussed on the year in cinema we’ve just experienced. Our Best Of series highlighted that, despite dire predictions and the most challenging of times, cinema can and will thrive, as highlighted by a five-day celebration at the Showroom of some of the year’s very best films. But now, with 2021almost behind us, it’s time to look ahead to 2022’s slate of tempting new features. With plenty of choices to get excited about, from documentaries, foreign-language dramas, hotly-tipped awards favourites to Yorkshire-set romances, there’s sure to be something for everyone across 2022’s upcoming releases. Here are a few that we at the Showroom are particularly looking forward to!

Written and directed by Kenneth Branagh, Belfast is an autobiographical coming-of-age story told amongst the tumult of Belfast in the 1960s. Following a young boy, Buddy, and his Protestant family who desperately refuse involvement in “the cause”, this black-and-white tale is both a tribute to a vibrant yet fractured community and a nostalgic, affectionate story of boyhood.

Ali & Ava is the latest film from Clio Barnard, director of The Arbor (2010) and The Selfish Giant (2013). Set (and filmed) in Bradford, the film follows Ali and Ava, two people who are both lonely and struggling with the legacy of their past relationships. Over the course of a lunar month, sparks fly, and their contemporary love story unfolds in a tale filled with humour, romance and music.

Part of the line-up at London Film Festival (alongside Ali & Ava), Great Freedom earned attention in 2021 for winning the Un Certain Regard Jury Prize at Cannes Film Festival. A perceptive and poignant prison drama about resistance and resilience, Great Freedom centres on Hans, an imprisoned gay man in post-WWII Germany who develops a relationship with his cellmate Viktor.

From the award-winning creative team behind Notes on Blindness (2016)comes The Real Charlie Chaplin, a contemporary take on one of cinema’s most iconic figures. Blending unearthed audio recordings and archive footage, this documentary traces Chaplin’s meteoric rise from Victorian slums to Hollywood superstardom and sheds new light on a ground-breaking but controversial artist.

The Worst Person in the World

Joachim Trier’s The Worst Person in the World is a dark romantic dramedy following twenty-something Julie as she navigates an existential crisis. It is a hilarious yet sweetly moving story that confidently subverts rom-com tropes, as Julie searches for love and purpose in contemporary Oslo. For her brilliant performance as Julie, Renate Reinsve would take home the Best Actress award at Cannes in 2021.

Tickets to be released soon. Showroom’s full film programme can be found here.

This article first featured in the Sheffield Telegraph on Thursday 23 December 2021. 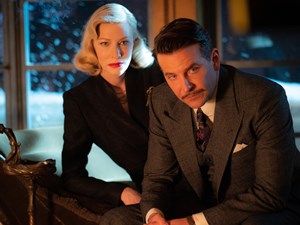