This Black history month, we're presenting a season spotlighting films from Black filmmakers that paved the way for generations that followed; 'Black Visionaries'.

The season opens with a 4K restoration of The Story of a Three Day Pass, the debut feature from Melvin Van Peebles, who tragically passed away last month. To get the film made, Van Peebles moved from America to Paris, where he had the freedom to experiment and find his voice. The resulting film is delightfully playful and provocative, pulling from the styles of the French New Wave.

A few years later, Van Peebles made the ground-breaking film Sweet Sweetback's Baadasssss Song - one of the most essential films in African-American cinema. Spike Lee sites Van Peebles as a critical influence on his work: "Without Sweetback, who knows if there could have been a She's Gotta Have It..."

Following that thread, we'll also be screening Spike Lee's Do The Right Thing. Lee is one of our most beloved contemporary Black filmmakers. His work helped to shape the landscape of American and international cinema as we know it. Do The Right Thing is undoubtedly one of his best and is as relevant today as it was on release—a sparkling, vibrant image of a specific cultural moment with themes that penetrate far beyond their time.

Bringing the season to UK shores, we'll be screening Ngozi Onwurah's debut Welcome II the Terrordome. The first film by a Black British woman to be released to UK cinemas (shocking, given that it was only released in 1995). It was critically panned on release, with many critics failing to engage with the harsh, dystopian vision of Britain that Onwurah presents. It was distinctly ahead of its time and is going through something of a critical reappraisal now. In recent years as the film has been brought back to the forefront of conversations around British cinema, some institutions have even retracted reviews they published at the time.

There are few comparable films to Welcome II the Terrordome, with such distinctive, raw political vision. A new collection of short films commissioned by Film4 feel like Terrordome's spiritual partner. The commission, entitled 'Foresight', asked five Black British filmmakers to present their creative vision of the future. The outcome is an incredible collection of films offering strikingly fresh perspectives on what the future will look like; they are rich, challenging, and uncompromising, presenting these five filmmakers as the next generation of Black Visionaries.

Our Black Visionaries season takes place from 25 October until 3 November. Welcome II the Terrordome and Film4 Foresight are both screening with support from and in collaboration with We Are Parable.

This article first featured in the Sheffield Telegraph on Tuesday 12 October 2021.

Please note that since the article was written, the screening of Film4 Foresight has been postponed. 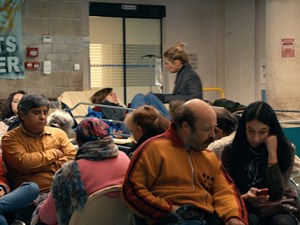 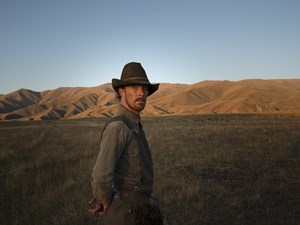 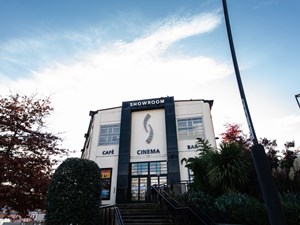