The Autumn/Winter season has seen cinemas go from strength to strength. As film distributors gain confidence in UK audiences (largely because of No Time To Die's enormous success and subsequent box office hits in The French Dispatch and Dune), a wider range of films became available. This Friday is (in my opinion) one of the best weeks we've had, with a genuinely spectacular line-up of cinematic delights to feast your eyes on.

All of this week's new releases at the Showroom Cinema are fresh from being critical hits on the film festival circuit – making waves in Berlinale, Venice, Cannes, and our own London Film Festival, respectively.

Petite Maman premiered at the Berlin Film Festival earlier this year. It's the latest film from French auteur Celine Sciamma, who wowed us all with Portrait of a Lady on Fire last year. The film follows an 8-year-old girl in the aftermath of her Grandmother's passing, who visits her mother's childhood home, and meets a new friend – her own mother at her age. It is a delightfully small, simple film with a big concept and enormous emotional weight.

The Power of the Dog

This is a brooding, slow-burn Western that leans more into burn than it does slow. Two brothers (Jesse Plemons and an unrecognisable Benedict Cumberbatch) find their already-unstable relationship in jeopardy when one of them gets married. Directed by Jane Campion (the first woman to win the prestigious Palme d'Or in Cannes), it's the first film she has helmed in over a decade, and it is well worth the wait.

Selected to compete for the Palme d'Or at this year's Cannes Film Festival, Drive My Car went on to win the award for Best Screenplay. An expansion of Haruki Murakami's short story of the same name, this epic adaptation is a tale of trust, betrayal, and human relationships. This was the critic's top-rated film during Cannes: rich, sweeping and incredibly rewarding.

King Richard follows the journey of Richard Williams, an undeterred father instrumental in raising two of the most extraordinarily gifted athletes of all time: Venus and Serena Williams. A triumphant, joyful film that sees Will Smith deliver one of the best performances of his long career. It's just the kind of spirit-lifting celebration of family that we all need as the nights get colder.

These stunning four films all open on Friday 19 November and will be screening at Showroom Cinema.

This article first featured in the Sheffield Telegraph on Thursday 18 November 2021.. 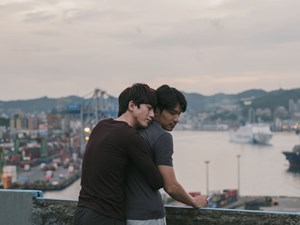