We’ll be screening Parasite again – this time in the brand-new Black & White version personally overseen by Bong himself – plus his debut and sophomore features, Barking Dogs Never Bite and Memories of Murder.

Never less than utterly thrilling, every one of Bong’s films displays a mastery of suspense and a meticulous control of narrative to rival Hitchcock. From small-scale off-kilter dramas, through homegrown monster movies and English language sci-fi blockbusters, each of Bong’s films showcases his darkly satirical view of social dynamics and class conflict, his black-comic sensibility, and his boisterous, occasionally whiplash inducing blending of genres.

Parasite’s critical and commercial success catapulted the director to international stardom, but that film’s triumph earlier this year simply confirmed a twenty-year rise to the very top of global cinema that now seems all but pre-ordained.

With 2000’s Barking Dogs Never Bite, Bong’s startling debut feature, the director’s signature style and thematic preoccupations were there from the very beginning. The film, which is being released in the UK for the first time ever, sees an out of work college lecturer become so annoyed by the yapping dogs at his apartment complex that he decides to take drastic action. Barking Dogs Never Bite stars Lee Sung-jae as the canine-averse academic, as well as Bae Doona, who audiences will recognise from Bong’s The Host, as well as Park Chan-wook’s Sympathy for Mr Vengeance and Hirokazu Kore-eda’s Air Doll.

Memories of Murder meanwhile, Bong’s second feature, is the best true-crime serial killer film you’ve never seen, and quite possibly one of the best films ever made. For years it’s been almost impossible to see in the UK, but it’s finally getting a much deserved 4K restoration and re-release. The film, which stars Parasite’s Song Kang-ho as a detective investigating a series of gruesome murders in Gyeonggi Province in 1989, was a box office smash in South Korea when it was first released in 2003. Like Bong’s later work, the film masterfully blends serious drama with biting social satire and pitch-black comedy as it skewers the incompetence of the police force and Song’s bunging detective – who quickly finds himself in over his head. 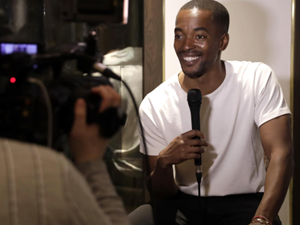