Opening at Showroom Cinema Friday 8th July, is Futura: an illuminating documentary that explores the way teenagers and young adults think about time and place.

Futura explores what Italian people aged 15 to 20 think about the future of their nation through a series of interviews filmed on a long journey across the country. It is a collective and collaborative documentary by Pietro Marcello, Francesco Munzi and Alice Rohrwacher, which was nominated at the Cannes Film Festival 2021.

Futura's makers share the same sense of curiosity as their subjects, and the film shows why these artists are considered among Italy's most exciting creators. The pandemic strikes during filming and lends a sharper focus to the anxieties of those who start to consider themselves a lost generation. The camerawork reflects this morbid curiosity in the concept of a bleak future, with the subjects’ faces and their micro-expressions becoming the filmmakers’ focus. This technique serves to illuminate their deeper thoughts and unspoken feelings.

Shot in 16mm, the film's grittiness creates helps to establish the events depicted as having taken place in a specific moment in time, allowing the documentary to serve as a stunning time capsule of global uncertainty. In the fleeting yet meaningful candid accounts, the feelings of unease are counterbalanced with hope and resilience for a future where the subjects can have agency and influence. It's an action call for us all to listen to the concerns of younger generations, and act on them.

Marcello, Munzi and Rohrwacher interview a diverse range of people across Italy, giving a voice to various careers and lifestyles. Their cast includes boxers, aspiring beauticians, drama students, farmers, and musicians. These interviewees were asked: "Do you feel as free as your parents?"; "What is the future for you?"; and "What would you do if you were head of state?". The questions provoke thoughtful reflections and unexpected reactions.

Each teenager interviewed has a strong personality, from charming timidity to surprising forthrightness. Futura captures the diversity of human existence and the beauty of life. Despite the differences between the teenagers and the breadth of what the filmmakers set out to achieve, patterns and similarities emerge in the stories they capture, reflecting a oneness between the concerns and desires for the future expressed by different people. 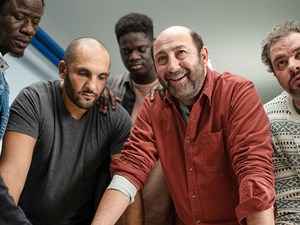