Opening at Showroom this Friday is Perry Henzell’s gritty and vivid depiction of life in the streets of 1970s Kingston: The Harder They Come. Boasting some of the most iconic Jamaican music of all time, this much-loved film sent the subversive and catchy rhythms of reggae music worldwide during the early 1970s. Described as the definitive post-colonial cult movie musical, this ground-breaking classic has been lovingly restored and remastered in high definition to celebrate the 50th anniversary of its release.

The Harder They Come follows the rocky road to stardom, as anti-hero Ivan – played by Reggae superstar Jimmy Cliff - falls into a life of crime and passion. Loosely based upon Rhygin, a real Jamaican outlaw folk hero of the 1950s, Ivan lands a recording contract as a Reggae singer in Kingston. He makes his first record, ‘The Harder They Come,’ but after a dispute with his manipulative producer he finds himself resorting to petty crime to pay the bills, battling against the music industry, corrupt police and old religion. Meanwhile, his record is topping the charts.

Continuing to pack a punch half a century after its landmark release, Henzell’s film offered a rough, raw and nuanced picture of a corner of the world that had often been ignored or misunderstood. Whilst the film became a midnight movie hit in the US, its soundtrack brought Reggae music to a global audience. With tracks by Jimmy Cliff, Toots and the Maytals, The Melodians and more, it’s easy to see why Rolling Stone voted the album one of the 500 greatest of all time.

As well as its cultural significance, the film’s themes of social-protest, politics and national corruption remain just as, if not more relevant in today’s climate. By constructing an authentic take on poverty, corruption and crime in Kingston, Perry Henzell sought to create a movie for Jamaicans rather than the tourist board. It is unglamorous and bleak, yet unflinchingly hopeful. In Jamaica, Reggae was more than simply a genre of music, it was a social, political and artistic movement. Perfectly reflecting the political climate of the times, when anti-government and anti-police movements had been sweeping the world – not unlike today’s society – audiences were ready to identify with a cinematic anti-hero who would “rather be a free man in my grave, than living as a puppet or a slave”.

The Harder They Come opens at Showroom Cinema on Friday 5th August. Tickets are now on sale.

This article first featured in the Sheffield Telegraph on Thursday 04 August 2022. 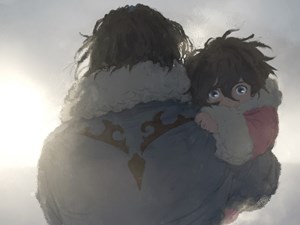