The Showroom‘s brilliant Film Studies series – Long Live The New Flesh! The Visions of David Cronenberg – continues with a screening of his 1983 film Videodrome, followed by a lecture and discussion with the fantastic Shelley O’Brien, who once again quite literally wears her passion for Cronenberg with pride. This week, another cheeky nod to the director’s work came in the form of a Spectacular Optical Corporation t-shirt (if you know, you know).

Videodrome is up there as one of the strangest and most intriguing films I’ve ever seen. Whilst themes of body horror carry over from The Brood (1979), the way in which Cronenberg presents them here is a complete contrast in my opinion. Videodrome throws viewers into a strange dystopian future, treating audiences to James Woods as Max Renn, the trashy TV president who is bored and “looking for something… tough”. He’s introduced to the snuff channel, from which the film takes its name, by the seemingly harmless technician Harlan (Peter Dvorsky), and finds himself thrust into a world arguably more real than reality.

Whilst the closing scenes of The Brood are up there amongst some of the most visceral things I’ve ever seen on film (a bold statement considering my penchant for Lars Von Trier’s work), the violent and brutal destruction of the human form in Videodrome is an incredible testament to both Cronenberg and his special effects teams. The special makeup effects were headed by Rick Baker, of An American Werewolf in London fame, with Michael Lennick supervising the special video effects. Without giving too much away, it’s worth seeing this film for the effects alone. I argued previously that certain elements of The Brood felt dated to the modern audience, but the effects in Videodrome are disturbingly disgusting and highlight perfectly why Cronenberg is king of the body horror genre. Pair this with the striking score, which masterfully balances a true orchestral score with a synthetic one, adding to the confusion felt by audiences attempting to decipher Renn’s hallucinations from reality. Credit for this must go to close friend of Cronenberg’s, Howard Shore. The way in which the score is utilised just adds so much depth and atmosphere to the film, similarly to the way The Brood made use of an all strings composition. Oh, and one more thing whilst we’re making special mentions, one must surely go to a brunette Debbie Harry, who plays Renn’s girlfriend Nicki Brand. She is simply incredible in what I can only imagine were incredibly demanding scenes to film.

As I said in my last post, David Cronenberg isn’t a name I’m hugely familiar with, but it must be said that I’m genuinely enjoying this journey of discovery, and Sheffield Hallam University’s own Shelley O’Brien’s incredible insight into the mind of Cronenberg is a fantastic companion to the film screenings. The lecture this week delved deeper into Cronenberg’s fascination with body horror explaining how his works can be interpreted as a critique of the societies they represent. Arguably, in Videodrome, the criticism lands at the feet of censors and an oversaturated society increasingly obsessed with screen time, a theme that feels years ahead of its 1983 release. The discussion that followed provided completely new interpretations of the film, especially after the audience were asked the question of when Renn’s hallucinations actually began, and one audience member (shoutout to Martin if you’re reading this) suggested that he was hallucinating for the entirety of the film. This is something I’d not originally considered, but can’t stop thinking about now.

The Film Studies series continues on Wednesday 26th February with a 35mm screening of 2005’s A History of Violence – one of the few Cronenberg films I’d actually seen before starting this series. I implore you all to book tickets to the film, then come back the week after for a genuinely insightful and entertaining discussion. The discussions are open to anyone who purchases a ticket and you are encouraged to share your thoughts and feelings no matter your level of film knowledge; again highlighting why the Showroom Cinema is such a fantastic independent cinema, through their pairing of genuinely thought-provoking films with charismatic and knowledgeable individuals capable of sparking exciting and incisive debates.

This article was originally posted on Jumpcut Online (go read more of their stuff!). 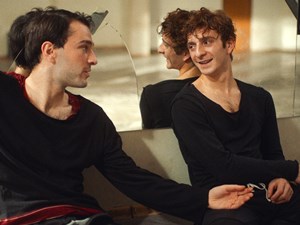