From One Festival to Another

Migration Matters Festival, the largest refugee week festival in the UK, is taking place in the Steel City again this year - from the 14th to the 22nd June. 2019’s event will be the fourth edition of the theatre and arts festival, which aims to celebrate the positive impact that refugees have had on Sheffield and the UK.

The Showroom Cinema are excited to be participating in the festival again this year, with a special event featuring work by three Palestinian filmmakers.

The Past in the Present: Three Palestinian Short Films highlights the work of three filmmakers from different locations in the region: Jerusalem, the West Bank and Gaza.

The films explore historical and contemporary acts of resistance and resilience, finding parallels and resonances between the past and the present.

In The Silent Protest, filmmaker Mahasen Nasser-Eldin tells the story of the birth of the women’s movement in Jerusalem. In 1929, Palestinian women converged into the city from all over Palestine to hold a silent demonstration in protest at British bias against Arabs in the Buraq uprising. Mixing contemporary footage with historical testimony, the film breathes new life into this hidden history - giving voice to forgotten figures and those on the margins of society.

In Eight Years Later,Salim Abu Jabal returns to visit a village close to Ramallah where he’d been eight years before to cast a short movie. At the time of his first visit he had filmed kids in the neighbourhood, interviewing them about their hopes and dreams. In 2018 Salim searched for, and filmed, the children again – finding out where their lives had taken them during the intervening years. It’s a moving and poignant work that paints a powerful picture of daily life for many young people in the West Bank.

Finally, in Gazagraph, Yousef Nateel explores the history of photography in Gaza, giving us an insight into the ways in which Gaza has been documented across the decades - from the earliest glass plate negatives to contemporary digital photography.

All three filmmakers were initially going to be present for a post-screening discussion, but Samil Abu Jabal and Yousef Nateel have been unable to obtain a Visa to travel to the UK. Mahasen Nasser-Eldin will still be present, and the other two filmmakers will participate via Skype.

Presented by Migration Matters in partnership with Cinema Palestino, The Past in the Present is at the Showroom Cinema on Saturday the 22nd of June at 5pm. For more info, and to book tickets, please visit: www.showroomworkstation.org.uk/the-past-in-the-present 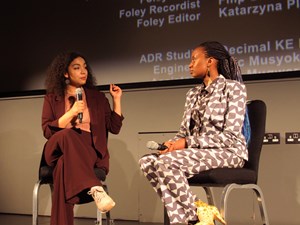 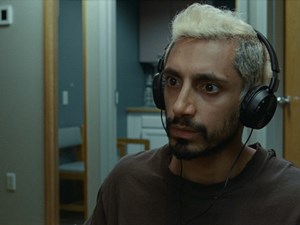 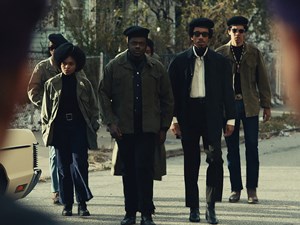