As one of the most interesting directors of the last twenty-five years, Guillermo del Toro has always walked the line between arthouse and mainstream filmmaking.

From Cronos (1993) to The Shape of Water (2017) via Pan’s Labyrinth (2006), his films combine fantasy and real-world monsters, blending elements borrowed from the traditions of fairy tales, gothic literature and the modern horror film.

Del Toro is heavily influenced by the early Universal horror films and the style of Italian giallo, but with Nightmare Alley, which isreleased at the Showroom this Friday, he looks back to a cinematic era not yet explored in his own work: film noir.

Del Toro’s Nightmare Alley is a reworking of William Lindsay Gresham’s pulpy novel of the same name from 1946. An exploration of the lowest depths of sleaze and showbiz, the book follows the sinister goings on at a second-rate carnival and its resident hustlers, grifters and dangerous schemers.

Fans of film noir may have also seen Edmund Golding’s Nightmare Alley, a 1947 adaptation of Gresham’s novel starring Tyrone Power. Golding’s film received mixed reviews and was a box office disaster. In the years since it has been revisited as an important film of the period and is considered an unusual noir given its star performers, production value and large budget.

This attention to production value has been replicated for del Toro’s film. Produced by Fox Searchlight Pictures, its $60 million budget is reportedly the biggest for any Searchlight release. Written by del Toro and Kim Morgan, Nightmare Alley stars Bradley Cooper as Stanton Carlisle, an ambitious carnival worker who pairs up with a corrupt psychiatrist (Cate Blanchett) to hatch a ruthless scheme.

Del Toro has always explored and unpicked our understanding of otherness, with his films illustrating his clear enthusiasm, passion, and ultimately sympathy for his misunderstood protagonists. His works are full of tragic outsiders and lonely creatures often seeking hope, love and acceptance.

But there are no such beings in Nightmare Alley. In what is arguably del Toro’s darkest film, there are only liars, brutes and schemers; desperate people willing to do unspeakable deeds in the pursuit of fame, fortune and power: perhaps the most monstrous creatures of them all.

Nightmare Alley is screening at the Showroom from Friday 21st January. Tickets are on sale now. 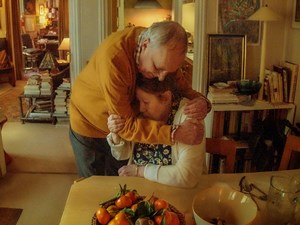 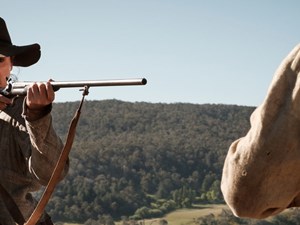