1996 feels like a long time ago now. That was when I moved to Sheffield. I first visited the Showroom shortly after and only a few years later, I approached them to put on some adventure film screenings. The screenings went really well, selling out the Showroom's 287-capacity cinema, so Ian Wild, Chief Executive of one of the largest independent cinemas outside of London, asked whether I’d be interested in turning the film nights into something bigger. The Sheffield Adventure Film Festival was born. Early dates of the festival saw us renting films from other events, inviting well-known adventurers along, welcoming sponsors who wanted to exhibit, brewing a ShAFF beer, experimenting with technologies, and generally finding our feet. Having had no previous festival experience, and working with an open-minded venue like the Showroom, ShAFF has always been able to make its own rules and set its own agendas. It has championed equality in adventure filmmaking, worked closely with Sheffield based organisations and is known in the outdoor community for its varied and interesting programming.

ShaFF is run by a close-knit group of freelancers from The Outdoor City, along with around 30 volunteers, and of course, the Showroom’s independent in-house team. Over the years as the festival has grown, the Workstation, Showroom’s partner building has been an obvious place to expand into. Alongside the cinema, the festival now takes up the whole ground floor of the Workstation, with an array of exhibitors and activities, whilst the mezzanine hosts guest panels, workshops, industry events, and ShAFF’s ground-breaking Virtual Reality programme.

We all know, the best way to watch adventure films is on the big screen, sharing the experience with others who love to adventure outdoors. Sadly, with the festival due to take place last month, the tough decision was made to cancel all planned events as the country went into lockdown. Rearranged screenings of our 2020 films will be organised as soon as possible, but until then, there’s no shortage of online adventure to keep you entertained.

The ShAFF team are currently hand-picking the best films from around the world to create a weekly watchlist of free online adventure films. A new film is posted at 7pm every day, for you to watch, or you can save them up and screen your own virtual festival at home.

ShAFF’s free weekly watch list and adventure films on demand are available to screen now at shaff.co.uk.For more info on the Showroom visit showroomworkstation.org.uk or follow @ShowroomCinema on social media.

This article first featured in the Sheffield Telegraph on 23 April 2020. 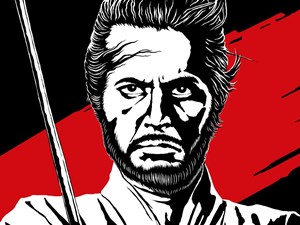 Bite-sized animations that will make you think, laugh, and cry