Last week I only wrote about one film (Soul), which that wasn’t available to cinemas. To make up for it, this week I’m going big on what we’ve got to look forward to in 2021. With a little luck, cinemas will be open soon, so here are my recommendations for what to catch when we’re back.

This film swept up awards on the film festival circuit and if director Chloe Zhao’s previous film - The Rider is anything to go by, it will be spectacular; rife with emotions that can be felt in your bones. Starring Frances McDormand as a woman who embarks on a journey across America after losing everything in the recession, The Guardian has already named this the ‘best film of 2020’ (the list includes festival premieres). It promises to be unmissable.

A gorgeous American indie that made my heart literally ache. It tells the story of a Korean family that buys a farm in Arkansas in the 80s. A simple film that is richly detailed and deeply moving.

This French film is about a young man who inhabits a high rise that’s about to be demolished. It’s a welcome depiction of social housing as a place of great community and togetherness. Through eyes that have lived through 2020, it's a richly relatable tale of buildings and the people that make them homes.

Riz Ahmed stars here as an angsty drummer who is struck by sudden hearing loss. An incredibly moving film that deftly explores what it means to lose one of your senses, and to rebuild your identity and understanding of self around it.

In this boozy Danish tragicomedy, four teachers each stuck in a mid-life rut decide to see if remaining gently inebriated at all times is an effective way to improve their lives. With its nuanced approach, Another Round effortlessly captures the difficult love-hate relationship many have with alcohol, whilst remaining genuinely funny.

Ending this list on a high, The French Dispatch is the latest film from Wes Andersson. His 10th feature is overflowing with his well-loved, idiosyncratic style, and is described as a “love letter to journalists set at an outpost of an American newspaper in 20th century Paris”.

Most of these films are due to be released early-to-mid-2021, but it seemed foolish of me to try to include dates.

Sign up to My Showroom to receive our latest updates about re-opening and new releases.

This article first featured in the Sheffield Telegraph on Thursday 31 December 2020. 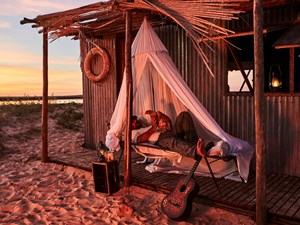