After our mid-November hopes that things were looking up were quickly dashed by rising cases, new tiers and now, a third lockdown, I have been mostly trying to disconnect from a difficult reality. Last week, I wrote about the dazzle that usually comes with Oscars season, and seeking out large-scale escapism to get me through. However, since the announcement of our toughest lockdown since March, and last week’s shocking (but not surprising) news about a pro-Trump mob storming the capitol, now seems like time to re-engage.

This week I’m looking at some great documentaries and series’ that can help us to make sense of the world around us. These shows are the cutting edge of contemporary investigative journalism and have helped me reconnect to reality during this long, special edition sci-fi nightmare.

In 2020, Academy Award winning documentarian Alex Gibney released not one but two scathing, eye-opening deep-dives into the US political system. The first, Agents of Chaos, is a two-part documentary (or one four-hour feature if you’re really enthusiastic), exploring Russian interference in the US election in 2016. It paints a broad picture, rather than a single story, exploring how both Russia and pro-Trump players in the US were able to utilise chaos through division and misinformation, to amass power. Gibney’s Totally Under Control is more recent in its analysis, made covertly during five months of 2020, it explores the Trump administration’s catastrophic handling of the Coronavirus pandemic. Agents of Chaos is available to rent from Amazon Prime and Totally Under Control is available on BBC iPlayer - both are highly informative and are excellent partners for the news week we have just had.

Netflix is also currently streaming some insightful documentaries. My favourites from recent years include The Great Hack, which looks at the incredible investigation by Carole Cadwalladr, to unveil the weaponised use of data by Cambridge Analytica in both the US election and Brexit referendum. I would also recommend The Social Dilemma, which feels particularly urgent and bittersweet during a time when more and more of us rely on the internet to feel connected. The Social Dilemma uses Silicon Valley insider knowledge to reveal how social media is effectively reprogramming civilization and the invisible controls utilised by those at the very top.

Though they may seem intense, I found these documentaries oddly appeasing because they helped me find the ‘why’ behind a lot of the seemingly inexplicable things that are happening. Hopefully you’ll also find solace in them, and if not, perhaps I’ll be back to escapism next week.

This article first featured in the Sheffield Telegraph on Thursday 14 January 2021. 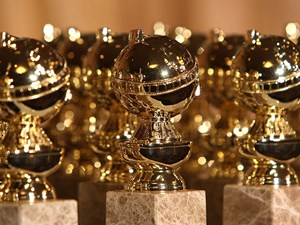