During this lockdown, it’s felt to me like the lines between film and television have become ever more blurred. We’ve had some truly great television grace our screen: weighty, cinematic undertakings that are also short enough to be finished in an evening. Then, wonderful films have been dropped onto the small screen. And finally, there’s Steve McQueen’s Small Axe, the ultimate hybrid: five stand-alone films sewn together to create a series.

This hasn’t meant I’ve loved either medium any more or less, but I am excited to see an expansion in the definition of both. Multiple film festivals in recent years have taken episodes from television, and just last year London Film Festival created a new ‘Television and Episodic Programmer’ role. What this means for the landscape of film, cinema and streaming is still all to play for, but it’s within this context that this week’s viewing recommendation comes.

Warwick Thornton, arguably one of the most exciting filmmakers in Australia, has created a TV series The Beach, currently streaming on BBC iPlayer. Thornton’s debut feature, Sampson and Delilah won top prize for first features in Cannes in 2009. His follow up, the hauntingly beautiful Sweet Country also took the festival circuit by storm – it was released in 2017 and remains one of my favourite films we have screened at the Showroom since I joined – and is currently available to stream on 4od. Both of those films explore the experiences of Australia’s aboriginal people, the former looking at their treatment through a contemporary lens, and the latter, a period-drama-come-western set in the 1920s.

The Beach, then, comes as a bit of a surprise. It finds Thornton not just behind the camera, but in front of it. In fact, he’s the only person seen throughout the entire six episodes. The series follows Thornton as he takes a break from his self-proclaimed hedonistic lifestyle, shacking up for a few months on a beach on the North West coast of Australia. Living off the land, with no power, it’s a more brutal form of isolation than the one we have all become familiar with, but it’s also a decidedly more romantic one. The series has no real plot and is a near-perfect example of slow cinema – except, it’s TV. More importantly, it’s deeply nourishing for the soul – a love letter to the land, sea and sky that keeps us living, breathing and nourished. A tribute to the small acts that keep us ticking along. If you’re looking for a bit of a mental refresher this January, this might be the ticket.

This article first featured in the Sheffield Telegraph on Thursday 21 January 2021. 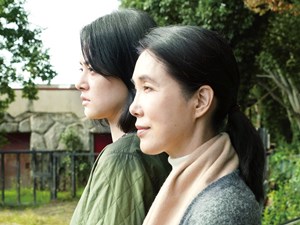