For more than 15 years, we’ve partnered with The Japan Foundation – the UK’s largest festival dedicated to Japanese cinema - to bring the best in contemporary and classic Japanese cinema to Sheffield in the run-up to spring. The Japan Foundation has incredible connections with industry partners across Japan, which always leads to a unique and exciting programme of films that often can’t be seen anywhere else in the UK. Each year, the team programme a wonderfully diverse offering that spans the breadth of Japanese film – from comedies to crime capers and everything in between.

This year, in the absence of cinemas, the Japan Foundation team have pulled together an excellent programme of films, which will all be available online, for free, from Friday 19 February to Wednesday 10 March. The theme for this year’s programme This Is My Place, explores ideas around acceptance and belonging, finding connections, and carving out a place for yourself in the world. It’s a touching topic, appropriate for the ever-shifting and adapting world we currently find ourselves in.

There are 18 films to enjoy across the programme, so plenty to sink your teeth into, and it will be easy to find something for tastes. To get you started and give a flavour for the programme, here are a couple of my picks from this year’s selection:

Directed by prolific filmmaker Nobuhiko Ôbayashi, who unfortunately passed away last year. Ôbayashi was perhaps best known for his bizarre and hypnotic 1977 film, House. This film follows a group of youngsters gathered at a cinema, that find themselves transported into the worlds beyond the silver screen. As they tumble into the realms of film after film, they are forced into a colourful journey through Japan’s social and cinematic history of war.

Following on from his acclaimed film Harmonium (which screened at the Showroom in 2017), Kôji Fukada’s latest films is a compassionate and suspenseful drama. Ichiko works as a private nurse for the Ohishi family, but when one of the family’s daughters disappears, Ichiko finds herself unjustly implicated. Suddenly, her ordered life plunges into chaos as the relationship with the family she has grown close to is thrown into question.

The Japan Foundation Touring Film Programme 2021 can be watched here.  All films are free but are scheduled at specific times with 48 hour windows. We recommend booking a slot for the films you plan to watch in advance – pre-booking is now open.

This article first featured in the Sheffield Telegraph on Thursday 18 February 2021. 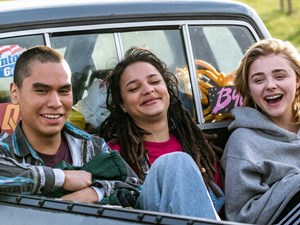 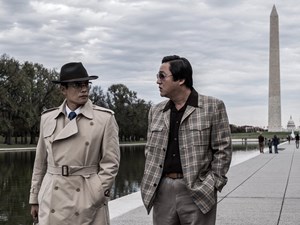