This half term we’ll be looking for a little escapism to pull us out from under the autumn leaves and greying skies. Lucky for us, Ireland-based animation studio Cartoon Saloon have an offering that will warm even the frostiest hearts. Fresh from an excellent festival run, including London Film Festival just last week, Wolfwalkers is the kind of intelligent family film you only get once every few years.

Set in 17th century Ireland, the film follows a young girl named Robyn (Honor Kneafsey), who idolizes her wolf-hunter father (Sean Bean), and longs to be like him. While in the woods, Robyn befriends a free-spirited girl who can transform into a wolf, and her life changes forever.

You can see just from the animation – hand-drawn and rough around the edges – that this film is a little different to much of the family fare that’s on offer. But if you scratch beneath the surface, there’s a depth that’s particularly special. Despite its roots in magical, mystical Irish folklore, Wolfwalkers never shies away from delving into real world concerns. It tenderly weaves themes of belonging with bold ideas around female empowerment and environmental preservation. And whilst it’s made for children, it never questions their intelligence, and manages to enchant all that lay eyes on it.

The film is the third and final film in Cartoon Saloon’s trilogy of features based on Irish folklore, and though you won’t need to have seen the others to enjoy this, they are well worth seeking out. The first in the series, The Secret of Kells was deservedly nominated for an Oscar in 2010, though it lost out to Pixar’s Up. The follow up, Song of the Sea, also received a nomination in 2015, and so there’s high hopes that Wolfwalkers might be the film that finally nabs a win for the studio. These are bold, thoughtful films with big hearts and a sharpened perspective, and it’s heartening that a small Irish studio is able to give the major players like Disney Pixar a run for their money. These are difficult times for cinemas and filmmakers everywhere, particularly with major film studios postponing more and more films as many US cinemas remain closed. Films like Wolfwalkers are a spark at the end of the tunnel – a reminder of the incredible work being produced outside of Hollywood, and something truly magical for audiences that are able to return to cinemas to enjoy.

Wolfwalkers will be screening at Showroom Cinema for at least a week, from Monday 26 October 2020. 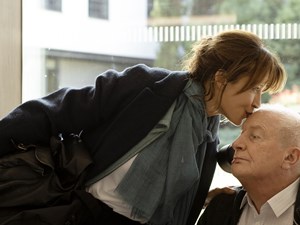 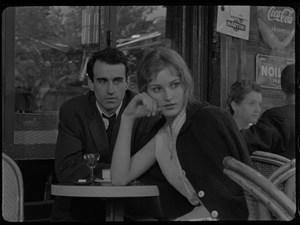