Cinemas across the UK are breathing an enormous - if tentative, sigh of relief this week, as Christopher Nolan’s Tenet delivered a much-needed boost to an industry shattered by the coronavirus crisis. Nolan might yet prove to be the saviour of the big screen experience, and if so, Tenet will undoubtedly go down as one of the year’s most memorable cinematic success stories.

For my money though, 2020 will forever remain the year of world cinema’s cinematic lord and saviour, the one and only Bong Joon-ho. The incredible success of Parasite, and Bong’s Oscars acceptance speech in which he praised the extraordinary diversity of non-English language films, felt like a genuinely watershed moment.

We won’t be playing Tenet at the Showroom, as there will be more than enough opportunities for Sheffield audiences to catch Nolan’s film elsewhere. Instead, our reopening programme will make room for some utterly unique and fantastic independent and foreign-language titles like Rocks, Les Misérables, and The Painted Bird.

Most excitingly though, we’ll also be bringing three massive Bong hits to the big screen – one for the first time ever in the UK. We’ll be screening Parasite again - this time, in the brand-new black and white version personally overseen by Bong himself, as well as his debut features, Barking Dogs Never Bite and Memories of Murder.

Memories of Murder is the best true-crime serial killer film you’ve never seen, and possibly one of the best films ever made. For years it’s been almost impossible to see in the UK, but it’s finally getting a much deserved 4K restoration and re-release. The film which stars Parasite’s Song Kang-ho as a detective investigating a series of gruesome murders in Gyeonggi Province was a box office smash in South Korea when it was first released in 2003. Like Bong’s later work, the film masterfully blends serious drama with biting social satire and pitch-black comedy as it skewers the incompetence of the police force and Song’s bunging detective – who quickly finds himself in over his head.

While Bong’s startling debut Barking Dogs Never Bite, released in the UK for the first time ever, sees an out of work college lecturer become so annoyed by the yapping dogs at his apartment complex that he decides to take drastic action. The film stars Bae Doona, who audiences will recognise from Bong’s The Host, as well as Park Chan-wook’s Sympathy for Mr Vengeance.

This article first featured in the Sheffield Telegraph on 10 September 2020. 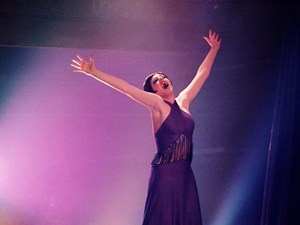 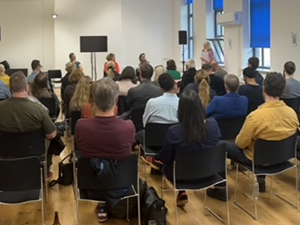