Throughout July, Showroom Cinema is running a series called Filmosophy for Families, where popular family films will be used to explore some of life’s biggest questions. First up, screening from July 2, is The Secret Garden: Agnieszka Holland's stunning 1993 adaptation of the timeless Francis Hodgson Burnett Tale, which was produced by The Godfather director Francis Ford Coppola.

The Secret Garden tells the story of Mary Lennox (Kate Maberly), who is sent from her home in India to live with her inattentive uncle in England after the death of her parents. His estate and sorrow leave her feeling bitterly alone. Dame Maggie Smith plays the tyrannical housekeeper, Mrs Medlock, who keeps Mary's only company and cousin, Colin Craven (Heydon Prowse), bedridden and isolated. Left to her own devices, Mary bonds with her cousin and helps to nurture his wonder and imagination back to life. Exploring the estate, Mary discovers its secrets, including a garden that has been hidden away and forgotten about. Aided by one of the servant's boys, Mary begins to restore the garden to its former glory.

The Secret Garden has a striking colour palette highlighting the inner world of the children's lives, from the dark and dreary estate to the vibrant and flourishing wildlife. The story unfurls in a slow and minimalistic way that is full of mystery—a throwback to a slower time and a heart-warming revival of memory. The Secret Garden is an enchanting tale full of whimsy and charm, without modern-day CGI or artificial magic.

Filmosophy for Families is designed to engage the whole family in answering some of life's biggest questions, and The Secret Garden is an ideal start. Later films in the season include cult classic, The Truman Show, heart-warming animation Ernest & Celestine and beautifully animated documentary Liyana. There’s something for children and young people of all ages, with a whole host of intriguing themes and topics to get those philosophical brains whirring.

Those who come along can also join philosophers from Thinking Space after the screening for a free, fun and interactive Filmosophy for Families session. We'll be exploring some of the film's philosophical themes.

Opening at Showroom Cinema on Saturday 2 May, Tickets for The Secret Garden are on sale now.

This article first featured in the Sheffield Telegraph on Thursday 22 June 2022. 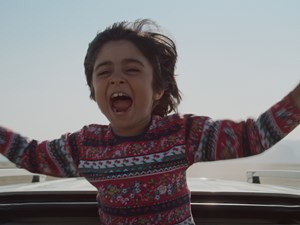