Not Giving up the Ghost

How would you feel if you never knew your birth mother and your family kept many of the details of her life a secret? What impact would that absence have on your life? And how many unanswered questions would you carry with you into adulthood?

In a brave and profoundly moving new documentary, filmmaker Iain Cunningham sets out to discover what happened to his mother Irene, who died when he was just three years old.

Irene’s death and the circumstances surrounding it remained shrouded in mystery. There seemed to be a lot of confusion around it, and his family rarely broached the subject.

The layers of silence around Irene’s death were so tightly bound that it took Iain decades to broach the subject with his father. But as he encountered long-lost relatives and friends of Irene whilst making his film, he got to know his mother through their stories, and began to piece together the fragments of her life.

We’re honoured to be welcoming Iain Cunningham to the Showroom Cinema for a special screening of Irene’s Ghost on Wednesday the 26th of June at 6.30pm.

The screening will be followed by a Q&A with both Cunningham and the film’s producer Rebecca Mark-Lawson.

Irene’s Ghost is the latest work to be produced by Mark-Lawson’s Sheffield based production company Tyke Films. Founded in 2014, Tyke Films focus on working with filmmakers from diverse backgrounds who have a clear voice and vision.

Mark-Lawson has previously worked withthe likes of Penny Woolcock and Ken Loach, and she worked on both Dead Man’s Shoes and This Is England - amongst other key works of contemporary British independent cinema.

This coming week at the Showroom we’ve also got plenty of other fantastic new releases, including two unmissable dramas focused on the human side of the refugee crisis, programmed to coincide with this year’s Refugee Week.

Irene’s Ghost + Q&A is at the Showroom Cinema on Wednesday the 26th June at 6.30pm. For more details, and to book tickets, please visit: /irenes-ghost-qna 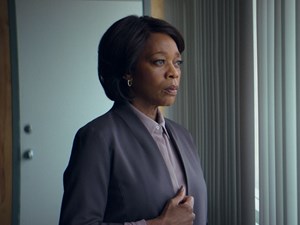