Recent weeks have seen protests against police brutality and systemic racism spread around the world, including here in the UK. Whilst statistics and investigative journalism can tell part of the story, cinema also has great potential to shape perspectives and vividly communicate this lived experience.

There are many brilliant lists of films by black filmmakers, and films that illuminate the present moment circulating online including; Slate’s Black Film Canon, Netflix’s Black Lives Matter collection, and Bustle’s Films & TV Series that spotlight the Black British Experience.

To join these insightful lists here are a few titles we feel illuminate the present moment and have contributed to our education about the Black British experience.

Filmmaker John Akomfrah’s (one of the founders of the Black Audio Film Collective) The Stuart Hall Project is a great place to start. Available to stream on BFI Player, the documentary focuses on the life and work of the Jamaican born British cultural theorist Stuart Hall, exploring his ideas around Black British identity and the legacy of colonialism.

Sitting in Limbo tells the story of Anthony Bryan, who after more than 50 years living and working in the UK was repeatedly detained and threatened with deportation as part of the government’s “hostile environment” approach to immigration control. An incredibly moving, powerful, and urgent work, this dramatization is just one true story from thousands that led to the exposure of the Windrush Scandal in 2018. Anchored by a host of terrific performances, this unmissable drama is now available to stream on BBC iPlayer

Shola Amoo’s (The Last Tree) unique and arresting debut, A Moving Image blends fiction and documentary elements. Available on BFI Player, the feature explores the impact of gentrification in Brixton on its predominantly black and working-class community.

Rapman’s debut feature, Blue Story, developed from his YouTube series of the same name, explores the toxic impact of gang culture in the UK. This smart, original, often very funny, and deeply moving drama follows a pair of best friends from rival estates in Southeast London, as circumstances force them tragically apart.

Watch out for... Sarah Gavron’s Rocks, which focuses on the lives of a group of teenage girls in a multi-ethnic community in East London, is due out later this year, and certainly worth checking out.

This article first featured in the Sheffield Telegraph on 18 June 2020. 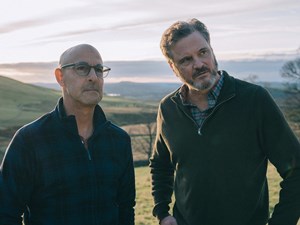