After highlighting some of the highest profile titles in the Official Selection from Cannes last week, this week we wanted to flag up some of the smaller buzz-worthy films we were lucky enough to catch in the festival’s online marketplace.

First up, and poised for breakout success when it hits UK cinemas courtesy of Parasite distributor Curzon, is Gagarine - the extraordinary feature debut from French directors Fanny Liatard and Jérémy Trouilh. The film sees a stargazing teenager who dreams of being an astronaut embark on a mission to save his home (a Parisian tower block named after cosmonaut Yuri Gagarin) from demolition. With a winning combination of authentic social realism and dreamlike fantasy, it’s a moving piece of filmmaking that sensitively explores issues of race and class.

Another film with its gaze turned to the stars was the first (and sadly, last) film by the late, great Icelandic composer Jóhann Jóhannsson. Originally premiering at the Berlinale earlier this year, Last and First Men is an adaptation of the 1930s science fiction novel by the British author Olaf Stapledon. The film features Tilda Swinton as the voice of a distant future civilisation, with a message for mankind about the fate that awaits us. The film is a monumental piece, exploring both the threat of climate change and mankind’s capacity for reinvention and transformation.

Next on the list is the more earthbound, though no less magical, Spring Blossom - the feature debut from Suzanne Lindon (the daughter of celebrated French actor Vincent Lindon). Lindon plays sixteen year-old Suzanne, a strong-willed high schooler bored with people her own age. Catching the eye of a handsome older actor working at a local theatre she walks past every day on her way to school, the pair begin a tentative romantic relationship and the gentle blooming of their attraction is conveyed through beautifully choregraphed dance sequences. Lindon’s magnetic performance and sensitive handling of the material (written when she was just 15), ensures the film always feels genuine and tonally well-judged.

Another French coming of age film that dealt sensitively with the issue of a sexual relationship between an older man and a young girl is Charlène Favier’s powerful debut feature Slalom. This time though, the relationship is unambiguously one of exploitation, as 15-year-old talented skier Lyz is drawn into an increasingly toxic relationship with her male coach.

Finally, another sports-themed title, and one that’s sure to play well in the Outdoor City, was Irish cycling drama The Racer. The film takes place during the infamous 1998 Tour de France and follows fictional Belgian rider Dom Chabol. Nearing the end of his career as a support rider, Dom dreams of wearing the famed yellow jersey just once before retirement, but he has to fight his own teammates, and the team’s manager, to do so.

Keep an eye out for some of these films over the coming year as they’re sure to grace the Showroom’s screens when we’re back open.

This article first featured in the Sheffield Telegraph on 16 July 2020. 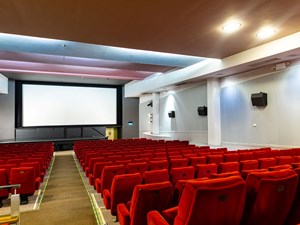 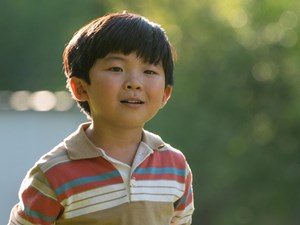