At Showroom Cinema this summer we are screening an array of films exploring the theme of travel. It’s an opportunity to indulge your wanderlust, just in time for the season when the spirit of adventure tempts us.

We begin with Hit the Road, which opens on Friday 29th July. This chaotic, tender road movie follows a family on a road trip across the plains of Iran and serves as an impressive debut feature for director Panah Panahi. The family drive across the countryside and get up to all sorts of trouble and mischief along the way. reminiscing on the past and coming to terms with their unknown future. The film presents the family in a disorientating rush and through the gradual release of hints throughout the film that we come to know the eccentric and bold family are dashing for the Turkish border; a perceptive directorial decision that propels the alluring aura of secrecy.

The portrayal of the family dynamic is both sharp-witted and deeply moving. A loud and proud 6-year-old boy (Rayan Salak) and his polar opposite elder brother (Amin Similar) make for some light comedy throughout the film. The characters in Hit the Road, including their sick dog, are all left unnamed; a choice that lends the film an air of secrecy that suggests the influence of Panahi’s father, Jafar Panahi, a legendary auteur of Iranian New Wave Film.

The elder Panahi has recently been banned from filmmaking and found guilty of spreading anti-government propaganda. The ruling comes amid a recent clampdown on activist filmmakers and artists in Iran. Though it hasn’t stopped Jafar from unofficial filmmaking - he has gone on to create This is not a Film and Taxi - it could be the reason why his son has chosen to reflect a sense of uncertainty and mystery in identity throughout Hit The Road.

In Hit The Road, the details aren’t central to the film. The authentic humanitarian spirit and heart-breaking consequences of their society play a larger role as the family head towards the unknown with only the knowledge that they may not all return. Contrasting with the comedic action from their undying attention to their dog and their chaotic son, there are tears shed in secret and underlying fears linked to shadowy deals.

The message that the Panahi family leaves us with is if we resist the call to tell our stories opportunities will be blocked for the new generation. Hit The Road is a bold and layered debut from Panahi with remnants of Little Miss Sunshine.

Showroom Cinema encourages you to explore the world with a series of road movies including Joyride, Hit the Road and the continuation of the Wim Wenders retrospective with the classic film Paris, Texas. Hit the Road is on sale now.

This article first featured in the Sheffield Telegraph on Thursday 28 July 2022. 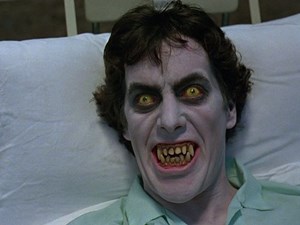