This week we are bringing back a landmark film in the history of French cinema; La Haine, to mark its 25th anniversary. The film had an explosive release in 1995, premiering in competition at the Cannes Film Festival and earning relative newcomer Mathieu Kassovitz the coveted Best Director prize. 25 years later, it remains a truly remarkable piece of filmmaking and is just as urgent as it was on its first release.

Shot entirely in stark black and white, La Haine draws inspiration from the best in French New Wave cinema with flash references to some of Hollywood’s greats, including Martin Scorsese’s Taxi Driver. But despite his clear inspirations, Kassovitz voice is nothing but fresh and distinct.

The film opens with news clip footage from the real French protests that followed the death of teenager Makome M’Bowole in 1993 and 22-year-old Malik Oussekine in 1986, both at the hands of the police. Kassovitz states that he began writing the script on the day of M’Bowole’s death, and the film echoes this as a seething condemnation of French society and of race and class-based inequality. What is particularly striking about the film, and its 25th anniversary is that so much of it feels deeply familiar to the year we’ve just lived; one filled with international protests against inequality and police brutality. In France in particular, there have very recently been riots and protests galvanised by the killing of Adama Traoré in a police station on the outskirts of Paris. The fact that La Haine holds such a burning relevance today, after making such an impression 25 years ago (the French prime minister at the time, Alain Juppe, screened the film for his cabinet) is deeply disheartening, but should energise audiences to re-watch, and reconsider what the film has to say.

The film follows the three young men from a deprived ‘banlieue’ (large blocks of social housing in French suburbs, often housed by immigrants) over the course of one day, following a night of riots sparked by a brutal police beating that results in a young man’s hospitalisation. Despite its tough subject matter, La Haine is skilfully punctuated by humour, and carried by the vibrant energy of its youthful leads. It has since opened doors for a new class of French film set in the ‘banlieue’, including Céline Sciamma’s Girlhood (2014), Houda Benyamina’s Divines (2016), and Ladj Ly’s Oscar-nominated Les Misérables (2019). Each of these films make excellent comparison pieces with their razor-sharp social commentary lead by brilliant young voices.

For its re-release, La Haine has been restored into crisp 4K, and if you didn’t already know it was 25 years old, it would be difficult to tell.Find out more and see our screening times here. 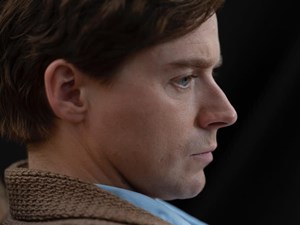