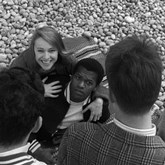 This Black history month, we're presenting a season spotlighting films from Black filmmakers that paved the way for generations that followed; 'Black Visionaries'. A film for die-hard fans and newcomers alike, Haynes charts the course of the band from formation to collaboration with Andy Warhol and the induction of German singer-songwriter Nico. 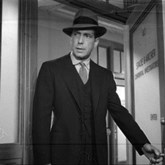 80 years since its release, The Maltese Falcon still stands the test of time as one of the most influential American films ever made. For the second year, the Showroom is very excited and proud to be an official Venue Partner of the BFI London Film Festival in partnership with American Express. In the past few weeks, Sheffield has been buzzing with anticipation for the release of Everybody’s Talking About Jamie. And for good reason. Before it found its way to cinemas, the real-life story of the Salvator Mundi (Latin for “Saviour of the World”) unfolded like a high-stakes big-screen thriller. Directed by Leos Carax in his English-language debut, Annette is the story of stand-up comedian Henry (Adam Driver) and opera-singer Ann (Marion Cotillard), and how their lives are changed when their first child is born. 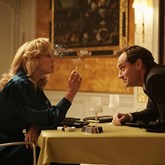 The Nest, removes the rose-tinted glasses and examines the period's culture with a bold and dramatic cynicism. 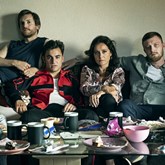 Programme Manager Mikaela Smith highlights some of the weird and wonderful international films coming up in our programme.